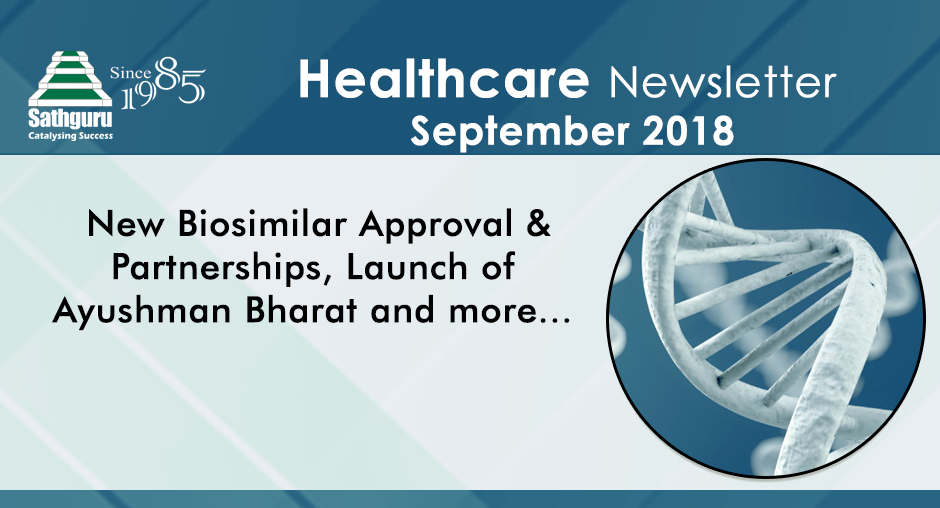 Mylan and Fujifilm’s adalimumab biosimilar, Hulio,has secured final approval from the European Commission, and is ready to be launched with the first wave of biosimilars when the European patents expire in October.‘Hulio’ snagged approval for all indications of Humira, rheumatoid arthritis, psoriasis and Crohn’s disease in adults. Developed by Fujifilm and partnered with Mylan, this is yet another example of smart choice of partnerships that has propelled Mylan to the front runner position in biosimilars.
Come October, it is going to be a grappling five way race for Humira’s European market with biosimilar approvals already secured by Amgen, Boehringer Ingelheim, Samsung Bioepis and Novartis’ Sandoz. Concerns loom that adalimumab could set new benchmarks on price erosion, especially with five products on launch date competing for the Abbvie’s $4.4bn Humira sales in Europe (of the global sales of $18bn). Currently, there are biosimilars on the market in Europe for two other Anti-TNF molecules, infliximab and etanercept. Despite much fewer competitors in Anti-TNF biosimilars marketed earlier, price erosion has breached 45% in Norway, 35% in Denmark and 41% in Bulgaria (overall EU average of 13% as at end of 2016) with highest biosimilar market shares in the same countries with 82%, 90% and 48% respectively in Norway, Denmark and Bulgaria. With more intense competition at the time of biosimilar launch for the third anti-TNF molecule, Humira,price erosion and adoption metrics will be closely monitored as markets further evolve in the most established geography, EU.
Cancer Supportive Care in focus across VC investments & medical device M&A

Even as ground-breaking treatments for cancer develop and advance, the adverse effects of these treatments continue to be an excruciating complication for patients. Radiation and Chemotherapy, the most widely used cancer treatment programs cause painful side effects,some of which currently do not have any therapies to help prevent or mitigate the problem.
Radiation-induced severe oral mucositis(SOM) is a side effect that causes erythematous and ulcerative lesions of the oral mucosa, which are often very painful and one of the most debilitating side effects of radiotherapy. Galera Therapeutics secured a $150mn fund raise and breakthrough designation for a drug that has demonstrated significant reductions in the incidence and duration of radiation-induced SOM. In Phase 2b data, the drug GC4419 showed a 92% reduction in the duration of SOM in cancer patients. Galera will apply the funding to advance GC4419 through a pivotal Phase 3 trail and for early commercialization efforts. The round is led by Clarus Ventures and includes other new and existing investors. The funding transaction stands out for outstanding success chartered by a St. Louis company, emphasizing potential for biotech ventures outside of the two big hubs – San Francisco and Boston. It is also notable for transaction structure – $150mn round includes $70mn equity raise and $80mn royalty financing payable from future sales. The latter has not been very common in recent biotech financing for clinical stage assets but holds significant potential as a financing option that can offset concerns around unduly high levels of dilution.
In medical devices, with a similar objective of improving cancer supportive care for patients, Angiodynamics has acquired RadiaDyne this month. The transaction strengthens Angiodynamics portfolio with OARtrac, a medical device developed by RadiaDyne to measure photon radiation dose real-time thereby allowing radiation oncologist to adjust a patient’s treatment plan and provide adaptive radiotherapy. Such developments signify a growing thrust on the need to develop ways to manage doses and symptoms of cancer treatments in an effort to reduce and relieve side effects.
Blurring lines between consumer products and wearable devices with medical grade features
Wearable devices have come a long way in the lifecycle from initial phases of low sensitivity in most sensors to near medical grade devices today, with potential for widespread application such as screening, monitoring and emergency alert functionalities. These devices not only provide continuous insight into the body’s physiological state and enable real-time feedback for timely intervention, but also play a critical role in the evaluation and improvement of the health and performance of individuals. With growing health consciousness among consumers, there is growing convergence of health tech in consumer products. In this context, it is encouraging to note the launch of Apple Watch Series 4 which comes with FDA-approved ECG sensor. It is the first consumer device to receive FDA clearance and is classified as Type II Medical Device. It takes about 30 seconds for a user to take an ECG by placing a finger on the digital crown which records the heart rhythm, which is then stored in Apple’s Health app. This also allows users to send readings directly to their doctors via the Apple Health Records.
Health and wellness features offered by wearables offer significant promise of connected care but have been largely limited in potential by the sensitivity of sensors available in widely commercialized products. Near medical grade has been an aspirational feature but considered out of reach due to price implications for the final product. Launch of the Apple Watch Series 4 with ECG and significant investments in ecosystem products by Chinese company Xiaomi set an encouraging trend. FDA clearance of the Apple watch is also a critical precedent for consumer wearable with medical grade features. However, for real benefit to be reaped by patients and health systems, our overall digital backbone needs an overhaul in a landscape largely characterized by islands of small data. This combined with greater receptiveness from clinicians and providers will pave the way for adoption of digital platforms, devices and the overall connected care ecosystem.
Launch of India's national healthcare program targeting near universal coverage - Ayushman Bharat (AB-PMJAY)

Healthcare in India is largely underpenetrated, with government expenditure at around 1.25% of the GDP and an under performing public healthcare ecosystem. To significant change the appalling landscape on coverage and affordability for healthcare, the government announced a landmark initiative, Ayushman Bharat – National Health Protection Mission (AB-NHPM) in the month of September. AB-NHPM is a cashless scheme for the vulnerable section of the Indian population which is expected to help the nation move closer to the Sustainable Development Goal of ‘Universal Health Coverage’.
Deemed as the world’s largest government-funded healthcare program, it aims to cover over 100 million families or around 500 million Indians, who will be given up to $7,000 cover per year for secondary and tertiary care hospitalization. The scheme targets poor, deprived families and identified occupational category of urban workers’ families as per the latest Socio-Economic Caste Census (SECC) data to include 80 million families in rural and 20 million families in urban areas. The health ministry has also included 1,354 packages in the scheme under which treatment for coronary bypass, knee replacement, and stenting etc. will be provided at 15-20% cheaper rates than Central Government Health Scheme (CGHS). The scheme currently covering 445 districts across the country and is expected to be rolled out across all States/UTs with an objective to cover the targeted beneficiaries.The landmark program,which is planned to be implemented through empaneled private partners, has significant potential to blur constraints of healthcare access for vast majority of the population and consequently drive market growth in the long term. However, near term implementation success heavily hinges on creating implementation capacity, rapidly enticing private investment and striking the balance between sustainable price for procedures and financial viability for the private providers and pharma/medical device companies.
Launch of FDA's Pilot program to support complex innovative trial designs

For programs with supporting clinical data and IND or pre-IND number, FDA has piloted a new program for complex trial design. The participants of the program will receive opportunities to meet with agency staff to discuss the use of the trial design program. FDA is encouraging adoption of these design as they could facilitate quicker understanding on patients most likely to benefit from a treatment, or experience a side effect. It can make it easier to target drugs to patients who are more likely to experience a benefit, based on the biological characteristics of their disease. The program also supports the use of seamless clinical trials to expedite development of new treatments and alternatives to placebo designs for new cancer therapies.
Through interaction between FDA and pilot participants, the program is likely to accelerate the development of products in areas of unmet need and ensure knowledge exchange to help advance the scientific community’s approach to clinical trial designing. The program will be run by the FDA’s Center for Drug Evaluation and Research (CDER) or Center for Biologics Evaluation and Research (CBER) during the fiscal years of 2018 to 2022.Coming in the same month when payers have been encouraged to join FDA pre-submission meetings for novel medical devices, this is a promising development in shrinking approval timelines and enhancing regulatory efficiency.