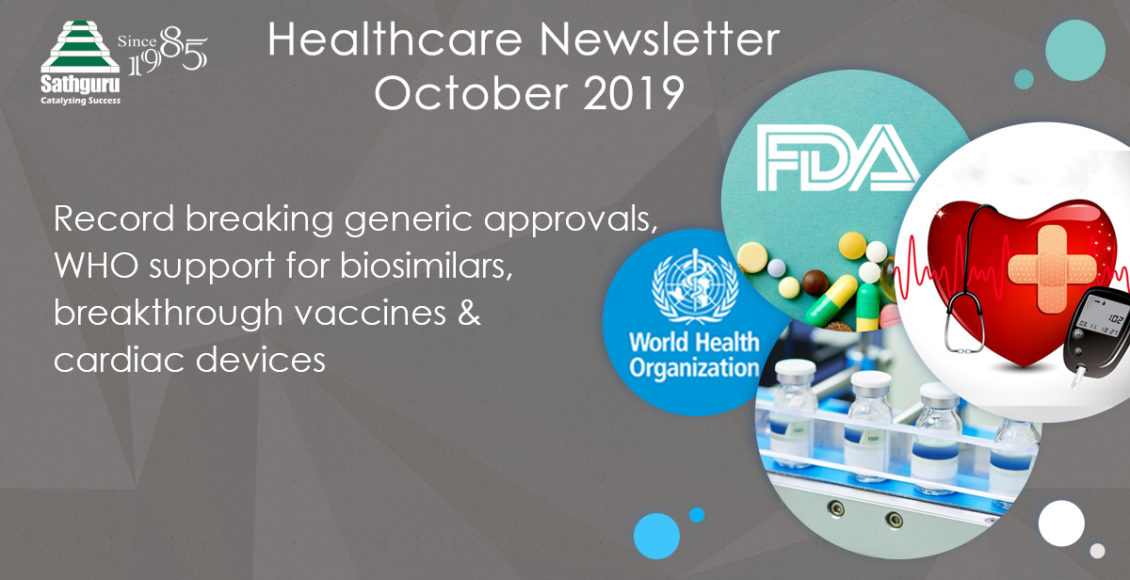 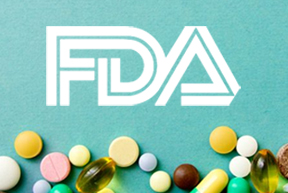 With full fiscal year data now published and the FDA formally proclaiming 2019 fiscal year as a record breaking one, the momentum and support for generics continues to be palpable. In fiscal year 2019, FDA approved 1,171 generic drugs (including 236 tentative approvals), breaking its all-time record of 971 set in FY2018. This underlines FDA’s efforts to encourage more generic competition as well as accelerated approvals and continued reinforcement from the Trump administration.

The impact of this regulatory and policy thrust is however debatable. While some of the reports from advocacy groups have been signaling concerns that multiple approvals do not necessarily translate to substantially lower prices, industry perspective and experience suggests otherwise. FDA action and greater competition is sighted by industry as a leading reason for the stressed pricing and business landscape in generics. We anticipate greater thrust in the future on more accelerated approvals of first time generics as well as addressing the void in certain products where there are still no generics. This, on the other hand, could actually imply an opportunity for industry.

We expect the double edged sword to stay – where FDA support implies faster approvals and a more supportive regulatory environment, but at the other end continued levels of intense competition and pricing pressure that is financially stressful for even the largest of generic companies. 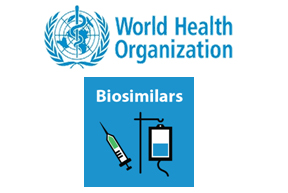 The World Health Organization took a significant step towards promoting improved access for biosimilars through a collaboration agreement with the International Generic and Biosimilars Medicines Association (IGBA). Under the agreement, members of IGBA (including the Association for Accessible Medicines, Medicines for Europe, and a number of other national and regional generic and biosimilar organizations), have committed to facilitate cooperation between drug makers and the WHO to reduce the burden of clinical trials, speed registration and patient access for biosimilars.

WHO has over the years championed several initiatives such as prequalification and normative guidelines to catalyze greater adoption of generics. With some of the similar initiatives being contemplated or rolled out for biosimilars, the potential for tangible market expansion in RoW countries is substantial. WHO’s efforts towards improving market access for biosimilars began in 2017 with a pilot project for prequalification of two oncology biosimilars- rituximab and trastuzumab. WHO’s prequalified products list is used by many middle to low-income countries to guide their procurement decisions for medicines, vaccines and technologies. Other initiatives in generics which have the potential for extension to biosimilars include – implementation of WHO guidance on interchangeability and the WHO List of International Comparators, which provides information on reference products for clinical trials into bioequivalence.

Such collaborative efforts on a global scale are critical in the context of poor access, lower uptake and immature commercial landscape in most RoW markets. With respect to the creation of commercial footprint, corporate action continues to abound with a number of strategic partnerships being forged to create access to emerging markets. The latest being Alvogen’s partnership with Pfenex to develop and commercialize its recently approved PF708, a follow-on teriparatide product referencing Forteo, for the treatment of osteoporosis, in three major markets- South Korea, Israel and Canada in addition to certain European countries, Middle East, North Africa and RoW territories. Taking into account the cost and quality considerations associated with biosimilar development and procurement, corporate engagement solely would be weak to propel much-needed market creation. In view of this, WHO’s actions and steps towards aggregating markets and simplifying approvals in a unified approach, akin to vaccines for public procurement, could be transformative for market shaping. 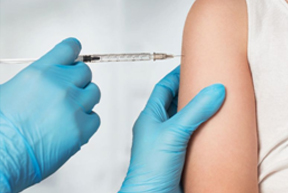 This month, Merck’s investigational vaccine candidate for Ebola, V920 Ebola Zaire vaccine was granted conditional marketing authorization by the European Medicines Agency (EMA). Coming after decades of research, this is a substantial public health milestone especially since we now very well understand the severe socio-economic impact of an Ebola outbreak.

The recommendation dovetails success of the vaccine in a ring vaccination trial in the Democratic Republic of Congo (DRC) with an effectiveness rate of more than 97%. US FDA too accepted Merck’s Biologics License Application and has granted it a priority review status with a decision expected in March 2020. The vaccine once approved will be branded Ervebo and is indicated for active immunization of individuals 18 years of age or older to protect against Ebola Virus Disease (EVD) caused by Zaire Ebola virus.The investigational candidate V920 was developed by the Public Health Agency of Canada’s National Microbiology Laboratory and licensed to Merck from NewLink Genetics Corporation who acquired it from the developer. Merck then led the vaccine through a clinical development program working closely with a number of external collaborators.

Hilleman Laboratories, India and The European Vaccine Initiative (EVI) recently announced the development of the first-ever oral Shigella Vaccine through a multidisciplinary consortium led by EVI, funded by the European and Developing Countries Clinical Trials Partnership (EDCTP) through a grant of €8.6 million. The affordable vaccine will provide protection against the commonly isolated strains of Shigella and has been developed by Hilleman in collaboration with National Institute of Cholera and Enteric Disease (NICED) Kolkata and Indian Council of Medical Research (ICMR), New Delhi, India. The consortium will lead the development of the vaccine up to the mid-clinical stage and will offer a much needed preventive cure in LMIC countries towards dysentery, which has a high prevalence in LMIC countries.

The surge in investments in new facility creation or expansions are reflective of the strong global pipeline of novel biologics and biosimilars and revving of the global engine to support emerging therapeutic solutions. GSK aggressively announced two expansions in the past month: $120 million single-use manufacturing facility expansion in Pennsylvania focused around the development of next-gen biologics; GSK opened a second new facility in Maryland to meet the growing demand for its novel biologic Benlysta (belimumab) for the treatment of Lupus. This opening marks the completion of its $139 million project that was announced in 2017 and would increase its manufacturing capacity by almost 50%. Two major facility expansions occurred in a country fast emerging as a biomanufacturing hub, Ireland: Johnson & Johnson $329 million expansion for biologics manufacturing and China based CDMO Wuxi Biologics announcing its first single-client vaccine manufacturing facility in Ireland. The new plant will use single-use manufacturing technology in line with Wuxi’s production strategy across its growing network. Beyond biologics, expansion in complex API manufacturing was led by Thermo Fischer’s acquisition of GSK’s API manufacturing facility in Ireland. The acquisition is a part of Fischer’s overall strategy to expand their pharma services business and follows its acquisition of Brammer Bio, a leader in viral vector manufacturing, earlier this year to expand its cell and gene therapy manufacturing capabilities.

More exciting than the overall momentum in manufacturing investments, is the leapfrogging of biomanufacturing to next generation smart facilities that offer greater control, scalability and efficiency of operations. The first major investment announcement globally is Sanofi’s new manufacturing facility at Framingham, Massachusetts, USA. The facility unveiled this month is touted as the world’s first digitally enabled continuous manufacturing facility for biologics. It connects the production process with R&D, providing an efficient link with the company’s marketing operations and the first to come of the Sanofi effort on digital transformation in manufacturing. We believe this reflects the era of biomanufacturing finally dawning and anticipate progressive expansion of such transformation efforts in the future. 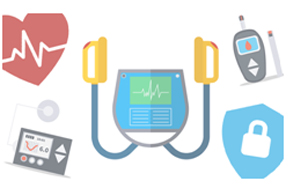 In our August newsletter, we highlighted three cardiac devices bagging the breakthrough tag. The regulatory momentum doesn’t seem to fade anytime soon with four more cardiac devices earning FDA’s breakthrough designation this month. Medtronic was the first in the month to make headlines for its Valiant TAAA stent graft indicated for treating thoracoabdominal aortic aneurysms (TAAA). The graft designed for minimally invasive repair of TAAA addresses a huge unmet clinical need. The current standard of care for TAAA is open surgery and has a high morbidity and mortality rate (of ~25%). This would extend access of medical care to 40% of those TAAA patients who are deemed unfit for surgical procedures. Second in line is Corvia’s InterAtrial Shunt Device (IASD) which is the world’s first transcatheter device indicated for diastolic heart failure. Management of diastolic heart failure is more challenging than systolic heart failure. The medications effective for treating other type of heart failure frequently fail to manage the elevated pressure in the left atrium associated with diastolic heart failure and current treatment options are very limited. The device aims to improve heart failure symptoms and quality of life, decrease heart failure hospitalization rates, and reduce the overall cost burden of managing heart failure patients.

Beyond stents, Corflow Therapeutics earned the breakthrough tag for its CoFI (CorFlow Controlled Flow Infusion) System. The device is unique since it combines a diagnostic and a therapeutic platform for microvascular obstruction associated with heart attack patients who undergo percutaneous coronary intervention (PCI). The system consists of a catheter placed in the coronary artery after PCI and using a crystalloid solution measures the pressure response to diagnose any obstruction and in the presence of any microvascular obstruction, it provides a controlled infusion of therapeutic agent to the affected area. Reduced coronary microcirculation has been proven to an independent marker for complication in patients following a heart attack. A platform to diagnose and treat the same in a timely manner would significantly reduce the morbidity and mortality associated with it.

The innovation momentum in medical devices reverberated into nephrology as well. This month, Fresenius Kabi received the breakthrough nod for its new hemodialysis system that does away with blood thinners used during dialysis with conventional dialyzers. Blood thinners like heparin are used during dialysis procedures to prevent clotting of blood during the passage of blood through the dialysis systems and the membranes. The new dialysis system incorporates an antithrombogenic additive Endexo® (developed by Interface Biologics) consisting of surface modifying molecules that inhibit the absorption of proteins and platelets. The new technology would potentially reduce clot risk, increase hemocompatibility and avoid the side effects associated with the use of traditional blood thinners. The concept of patient-first resonates with all newly developed technologies and would continue to shape the market for safer, advanced treatment options with better patient outcomes. 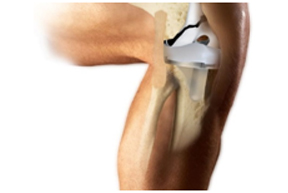 Personalized medicine is driving a wave of activities in all segments of healthcare practice. The momentum that was erstwhile less palpable in world of medical devices is now gaining traction. The latest development is Stryker signing off a deal worth $30 million with Conformis to develop and commercialize customized knee arthroplasty instruments. The deal gives Stryker access to patient-specific instrumentation technology developed by Conformis. Conformis owns an enviable portfolio of patents for tailored orthopedicimpants. Conformis’ customized joint replacement implants are developed using a data driven 3D printing technology utilizing data on the 3D anatomy of the patients; knee collected through a CT scan. While there exists conflicting opinions on the advantages of a customized implant over a standard off-the-shelf implant, Stryker’s investment signals mainstream interest in an area considered very niche earlier. Stryker will utilize the patient-specific instrumentation system for its knee offerings, including the Triathlon knee system. Once cleared by the FDA, Stryker will be one of the very few companies that offers tailored instruments to patients – Zimmer Biomet, Johnson & Johnson etc. As 3D printing and digital possibilities explode in adoption, we expect substantially greater level of focus on customized implants – staying competitive and ahead of the curve may not be as easy in the future.

Connect with us at lifesciences@sathguru.com to learn more.