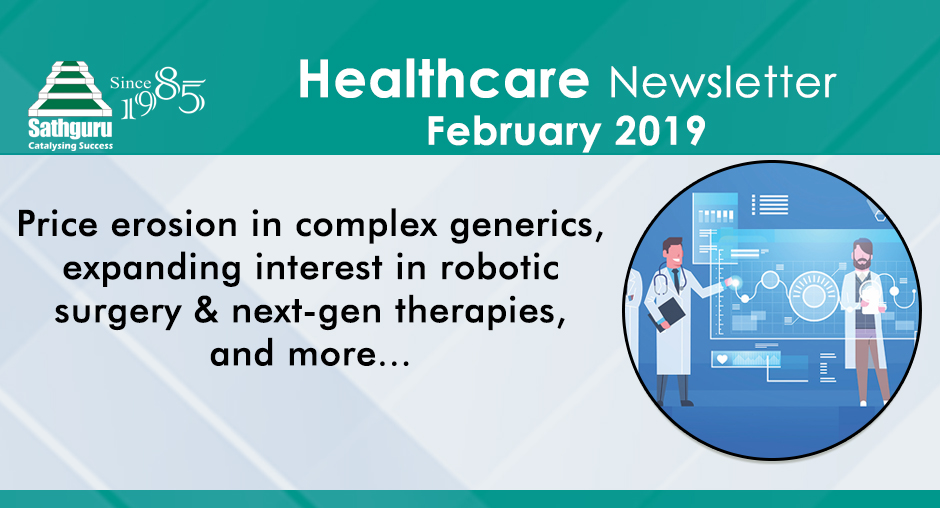 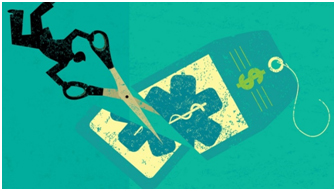 Though the drug patent for GSK’s Advair inhaler expired in 2010 and additional patent on the Diskus device used to deliver the drug also expired in 2016, generic alternatives in the US have been starkly elusive. All three contenders for a US generic, Mylan, Sandoz and Hikma faced several setbacks with target approval dates being missed repeatedly. A drug-device combination inhalation product such as Advair is a complex target for generic companies with multiple barriers to overcome -complex drug formulation for the inhalation form of delivery, device design and delivery considerations and lastly, scale-up and manufacturing investment for a formulation type with relatively fewer number of drug opportunities (as compared to popular formulation types such as oral solids and injectables).

A generic product in US was finally approved when Mylansecured 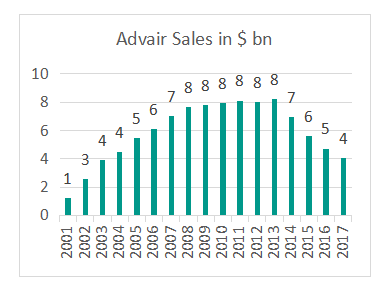 FDA approval for its generic version, Wixela™ Inhub™on January 30th 2019. Having lost close to two years since the its target launch date of March 2017 for the US generic, Mylan was quick to put the product on pharmacies with the commercial launch accomplished within two weeks of approval. More notable is the launch price of Mylan’s product – between $93.71 and $153.14 based on the strength of the product. This represents a whopping 70% discount to GSK’s list price and implies very intense competition for GSK’s multi billion dollar Advair franchise. Despite mounting pricing pressure, GSK reported $4.3bn sales from Advair in 2017 (refer chart alongside).

The highly aggressively pricing strategy adopted by Mylan is an alarming development for several generic companies making substantial investment in complex products such as inhalation drugs. The 70% price erosion is several times higher than what Mylan’s leadership had itself indicated as a possibility back in 2016. The price erosion benchmark is particularly concerning given the landscape of limited to no competition for this particular product. Unexpectedly, the challenging headwinds in the generics world seem to have breached the complex inhalation space as well. 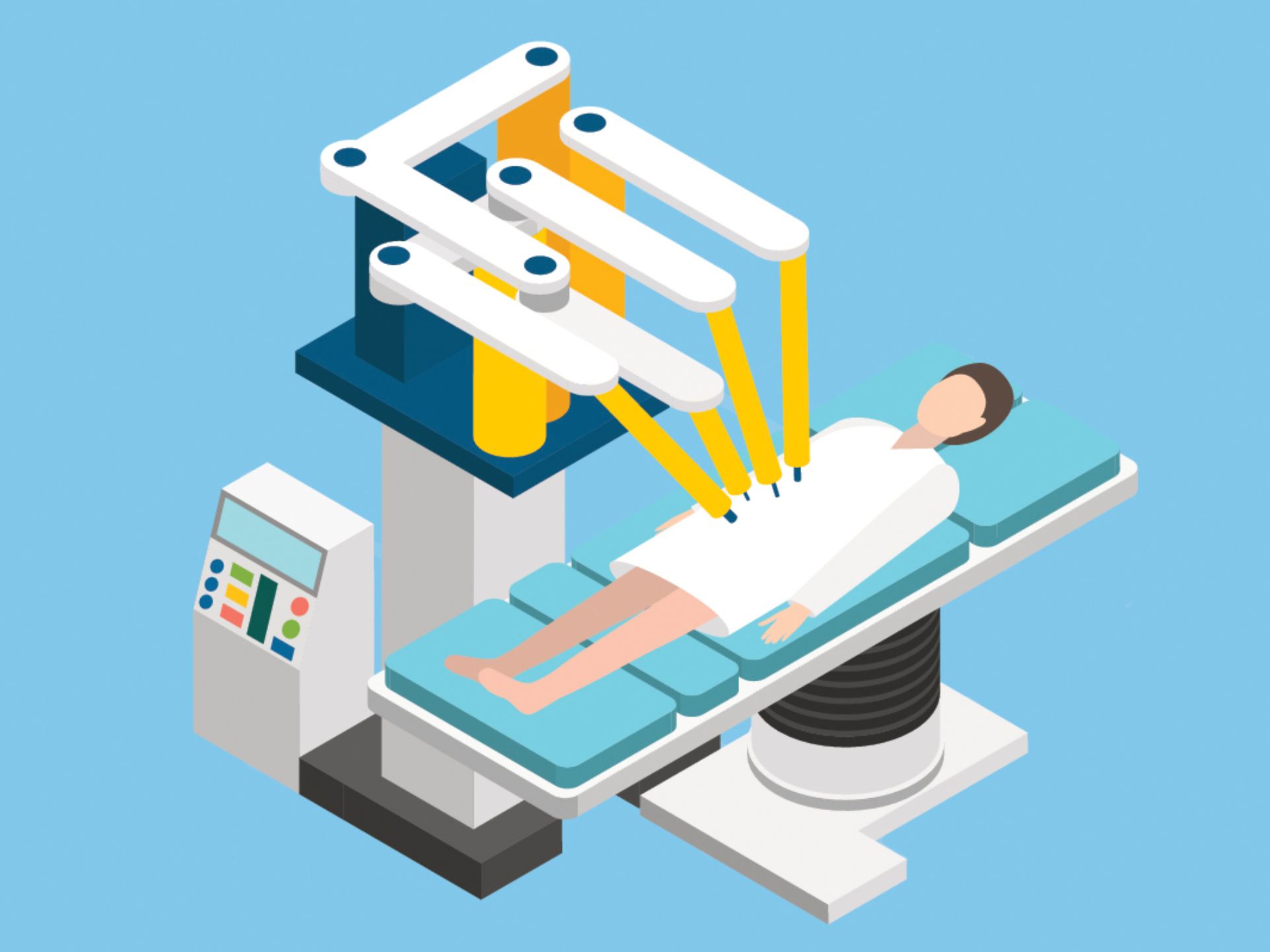 Johnson and Johnson’s subsidiary Ethicon, Inc. announced that it has entered into a definitive agreement to acquire Auris Health, Inc., a developer of robotic technologies. The deal, which is expected to close at the end of the second quarter of 2019, is valued at $3.4 bn with additional contingent payments of up to $2.35 bn, payable at predetermined milestones. Over the last couple of years, J&J has been aggressively pursuing opportunities to strengthen their medical devices portfolio with robotics – most notable in this direction are the French firm Orthotaxy developing software enabled surgery technologies and the partnership with Google’s Verily Life Sciences to develop a proprietary and comprehensive surgical platform. Auris’ commercially ready product with the FDA milestone cleared will substantially accelerate J & J’s entry into robotics surgery and related interventional applications; and potentially be most revenue accretive in the near term.

Armed with about $700 mn of equity funding to date, Auris’ has developed the MONARCH platform – an endoscopy system that is FDA approved for performing peripheral bronchoscopy for diagnostic applications as well as surgical interventions for lung cancer. Lung biopsies as well as lung cancer surgeries present a niche opportunity owing to the sensitive nature of these clinical procedures and the often associated risk of pneumothorax (collapse of the lung). However, these are also volume applications given the common phenomenon of late stage diagnosis in lung cancer globally (often in Stage III and IV) due to non-obvious nature of symptoms and consequent lower level of surgical interventions.

It is notable that Auris’ CEO, Frederic Moll was one of the co-founders of Intuitive Surgical, the creator of the da Vinci robotic surgical system and the first significant player globally in robotic surgery. While the da Vinci surgery system for laparoscopic procedures was approved by the FDA in 2000, the first decade was a strenuous climb for Intuitive that steadily and gradually built clinical acceptance for the robotic system. Initially used primarily for prostate cancer procedures, the da Vinci system’s application has now expanded to include wide variety of surgical procedures (cardiac, colorectal, gynecological, head and neck and thoracic). In 2005, Intuitive had a market cap of $1.3 bn and today, it’s worth nearly $52 bn. While it is hard to argue that adoption of robotics is a widespread mainstream phenomenon, there is a highly evolved clinical acceptance landscape compared to the landscape a decade ago. While robotics is likely to move beyond niche applications into larger applications and become an integral part of medical devices and healthcare delivery landscape, platform potential is likely to be a greater driver of widespread commercial success. 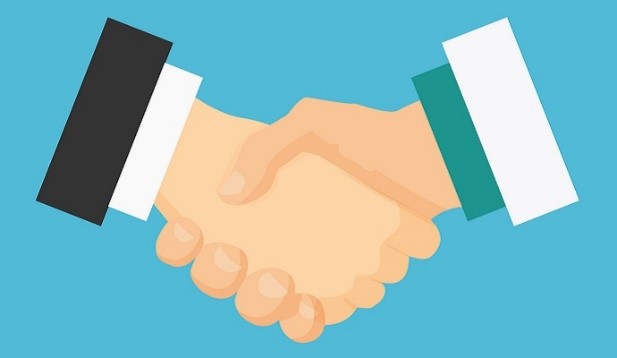 Large acquisitions this month have reinforced industry interest in next generation therapies and rare diseases. Spark Therapeutics, the pioneering innovator of the first FDA approved gene therapy for a genetic disease gets acquired by the pharma giant Roche for a valuation of $4.3 bn, a premium of more than 122% to Spark’s last week’s closing share price. Spark’s product LUXTURNA is a one-time gene therapy blindness treatment for individuals with an inherited retinal disease due to mutations in both copies of the RPE65 gene. The product is approved in both US and EU and per Spark’s communications last year will carry a price tag of $850,000 in the US making it one of the most expensive drugs on the market.

Adding to the momentum in cell and gene therapy, Abbie and Voyager therapeutics, a gene therapy company focused on treatments for neurological diseases have expanded their exclusive, global strategic alliance beyond Alzheimers disease to also include Parkinsons. The expanded partnership will focus on developing vectorized antibodies for the treatment of Parkinsons and other diseases characterized by the abnormal accumulation of misfolded alpha-synuclein protein.Voyager could earn up to $245 million in option payments, plus $728 million in milestones as well as royalties and upto $500 mn in commercial milestones for each treatment that reaches the market.

BiomX Ltd., a microbiome company developing customized phage therapies that target and destroy harmful bacteria in chronic diseases such as inflammatory bowel disease (IBD) and cancer closed a successful $32 mn series B equity financing. The financing was led by existing investors such as J&J, OrbiMed, Takeda and others. The new funding will support clinical advancement of BiomX’s portfolio. 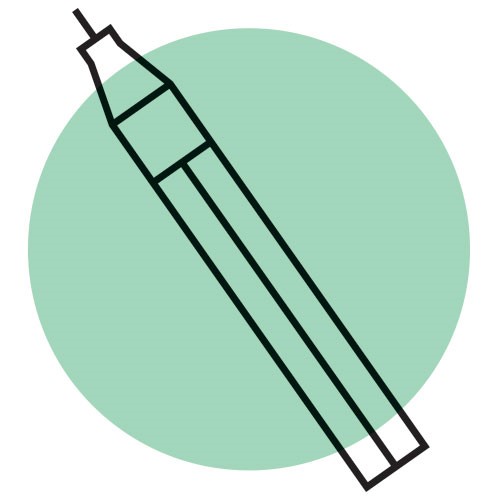 Although the insulin market was considered impenetrable to a high level due to oligopolistic control by a few large companies, the breakthroughs in Continuous Glucose Monitors (CGM) in the previous years have opened markets for new technology driven companies and created sound ground for new partnerships. Most encouragingly, the pursuit of drug-device partnerships by traditional drug companies and new age device players is also paving the way for more comprehensive, personalized and precision care in chronic diseases such as diabetes.

Focus on mainstream pharma companies on new technologies is evident in the launch of theNovoPen 6 and NovoPen Echo Plus by the Dutch insulin major. These are the first pre-filled, reusable, connected pens from Novo Nordisk andare set to launch in certain markets in the first quarter of 2019. The pens have an 800-injection dose memory and a remarkable five-year battery life along with an electronic display.

This month, Abbott and Novo Nordisk have also decided to link their diabetes devices. Abbott plans to incorporate data from the Novo Nordisk pens with its LibreLink mobile app, cleared by FDA in late 2018, and LibreView cloud-based system. For patients using insulin pens and requiring multiple daily injections, this pen would be revolutionary as it means no more logs, accidental insulin stacking or forgetting doses. This alliance is not exclusive and adds to similar data partnerships forged earlier by Novo Nordisk with Roche, Dexcom and Glooko. The fervent momentum in diabetes continuing monitoring devices and expanding integration with drug delivery is extremely exciting; and could potentially be the most impactful development of this decade for transforming chronic disease management.

Biosimilars: US Adalimumab opportunity continues to be a mirage while Bevacizumab seems closer to market with Pfizer’s EU approval 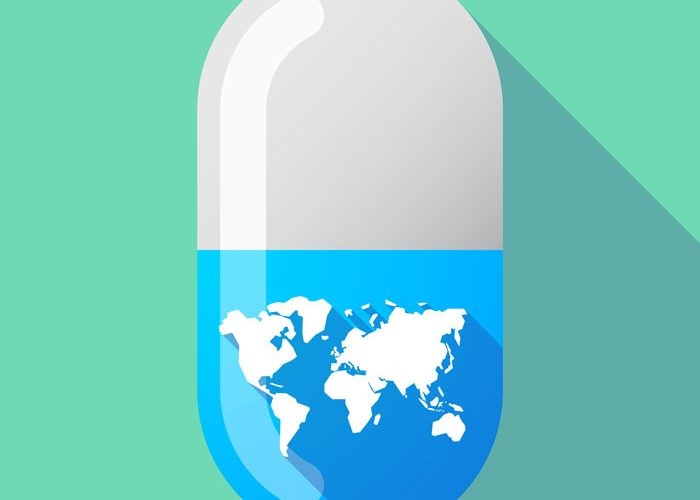 Pfizer’s bevacizumab biosimilar ‘Zirabev’, for the treatment of certain advanced cancers secured its final approval by the European Commission (EC) this month. This is the company’s fifth biosimilar approved in Europe. Specifically in the case of bevacizumab (Roche’s ‘Avastin’), the only other biosimilar approved is Amgen’s ‘Mvasi’ that was approved in Europe in January 2018 and in US in September 2017. In the October 2018 update, Roche indicated an expected 2018 revenue of $5.1 bn for Avastin (including US sales of $3 bn). Avastin is one of the three blockbuster drugs from the Roche stable expected to go off patent in 2019. Pfizer still awaits FDA approval for the biosimilar and the stakes are high with the patent protection ending in 2022 in Europe and in mid-2019 in USA. The global pipeline includes Samsung Bioepis that has completed Phase III trial with an EU reference product and Centus Biopharma scheduled to complete Phase III in June 2019. With no clear anticipated date for Samsung’s US filing and BI announcing a termination of its bevacizumab biosimilar program, US market creation hinges on Amgen and Pfizer. Given bitter experiences thus far with market access in US, we remain hopeful that patent related litigation doesn’t hold up the bevacizumab biosimilar launch in US beyond July 2019.

At the other end, market access challenges continue to remain glaring with the most notable example being adalimumab. With AbbVie’s extensive legal efforts to protect its $20 bn Humira franchise, settlements have kept almost 8 companies with biosimilars at bay in the US market until 2023. There was a ray of hope for adalimumab biosimilars this month with the sole continuing contender in US, Boehringer Ingelheim clocking a minor legal win with AbbVie being asked to turn over documents that they were fighting hard to keep secret. While the US legal battle unravels, EU markets for the adalimumab biosimilar got more active with Sandoz announcing launch in Spain of its product ‘Hyrimoz’, which received its market authorization in EU in July 2018. Developments this month continue to be a stark reminder of compounding market access challenges in the biosimilars segment, especially in US where legal battles with originator companies continue unabated.

Sathguru supported The Department of Biotechnology as the event partner for the One Health Summit. Organized by DBT in partnership with Penn State University and Bill & Melinda Gates Foundation. The event played emphasis on the need of one health initiatives and launched the ‘India’s One Health Initiative’.